The EU Social Partners adopted their first joint multiannual work programme for the period 2003-2005 at the Summit in Genval on 22 November 2002. In this framework, the social partners concluded the first agreements in a new generation of autonomous initiatives, whereby implementation at the national level was entrusted to the social partners themselves. This fresh approach allowed the conclusion of three important framework agreements on telework (2002), on work-related stress (2004), and on harassment and violence at work (2007). A framework of actions for the development of lifelong skills and qualifications (2002) and a framework of action on equality between men and women (2005) were also adopted. 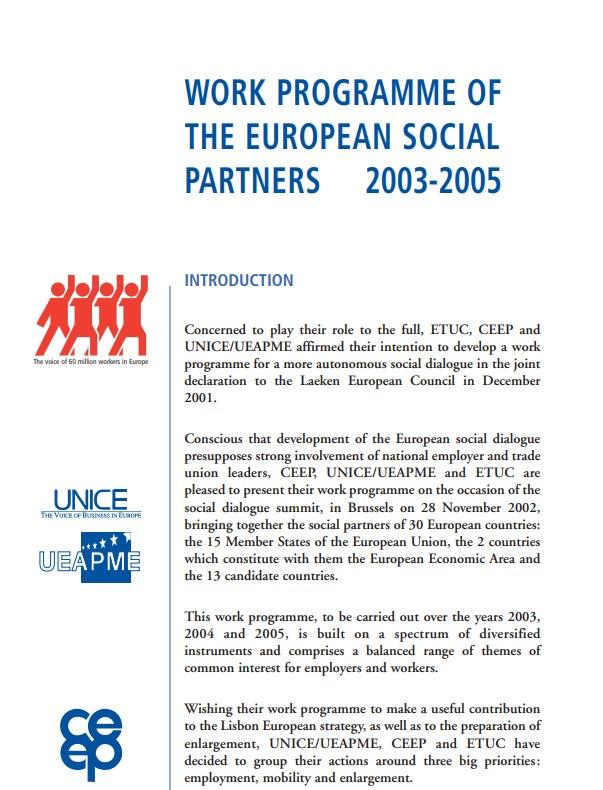