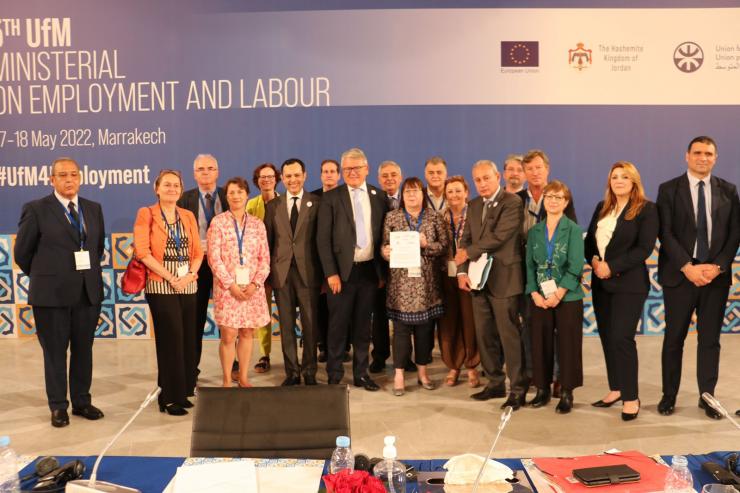 The ETUC took part in the 5th Ministerial Conference on Employment and Labour of the UfM (Union for the Mediterranean), co-organised by DG Employment, as well as the Jordan and Moroccan Ministries of Labour.  The first day was devoted to discussions and exchange of good practices on “Employment of the most vulnerable, especially among youth and women”. The Team Europe Initiative “Jobs through Trade and Investment “(renewed Southern Neighbourhood) was officially launched. On May 18th, the Ministers of the 42 countries adopted their Declaration, in which they reiterate their willingness to: “promote social dialogue, freedom of association and collective bargaining; address the challenges in line with the commitments taken for the realisation of the UN Sustainable Development Goals (2030 Agenda) and the International Labour Organisation; intensify their efforts to promote employment and decent work, especially for youth and women; … “.  In her address, Esther Lynch, Deputy General Secretary,  stressed i.a: the key importance of trade unions and social dialogue to help addressing the challenges of decent jobs and employment, democracy and social justice in the region, as stated in the Joint Statement of the UfM social Partners ; the need to progress on the monitoring of the implementation of the Ministerial Declarations.